With Clash Mini, players can place their favorite characters and watch them come to life for battle in the Clash universe. Download clash mini apk and sweeps across the Clash Universe! Players must choose, duel, and rumble in a fun, strategy-loaded board game. The game of choices is fun, exciting, and filled with strategy-packed real-time auto battlers. Follow your opponents’ moves and then assemble your winning strategy and formation.

Watch your Minis come alive and clash to be the last one standing as you lead your adorable army with heroes including Barbarian King, Shield Maiden, Archer Queen, and more.

Summon, collect, and upgrade your army of Minis by predicting your opponent’s moves and then assembling your winning strategy and formation. Wizards ignite the board, pierce with magic archers, or activate heavyweights like Pekka.

During play, swap and upgrade your Minis between rounds to influence the course of battle. You can play a one-on-one match or play in a two- or four-player Rumble to boost your League status. With every move, Clash Mini challenges you to think carefully about the consequences of your actions before the automatic combat begins and you can learn from your mistakes or triumphs. Clash Mini is both fun, strategic, and easy to play! 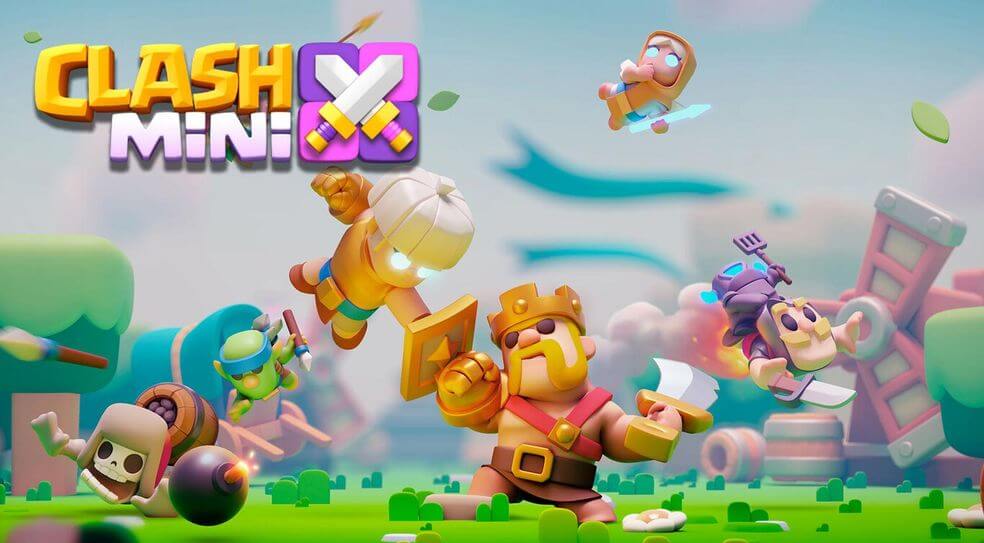 There are endless possibilities with dynamic combinations.